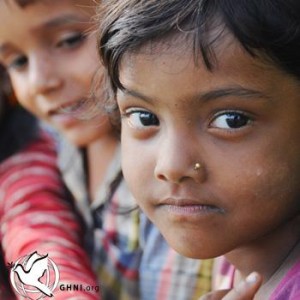 Do you have a daughter? A mother? A sister? A wife? A close female friend? I imagine everyone can answer “yes” to at least one of those questions. The people of *BT Village, Nepal can also answer, “yes…” or maybe the answer is, “I used to.”

For a long time the women and girls were in great danger on a daily basis. Each morning the mother, wife, sister, daughter was given the task of a two hour walk to the nearest clean water well. The path lead them through a thick forest filled with predators. While wild animals may have brought on some fear, it was more likely shifty men who elicited the greater angst. It was not uncommon for the woman of the house to leave the house early in the morning to collect water, never to return. Snagged by the bigger stronger man and possibly raped but very likely sent to India for slave labor or sex trafficking.

When some local Nepali village leaders heard GHNI was interested in helping them walk through Transformational Community Development (TCD) in the area, they jumped at the chance to learn. After learning how the TCD process works, they were asked to vote on which area they would like to start their transformation. The vote was counted and the winning project was building a water well in the village center.

Excited for the opportunity to have a safer source of clean water, villagers worked hard to dig three wells around the village, 15 feet deep, by hand. They then set to the task of installing pumps which will plentifully serve the 150 families in the village. No longer having to be concerned about the dangerous trek through the woods, families can go to sleep at night more peacefully.

The enthusiasm of those in BT Village has spread throughout the area. Our GHNI leaders there as well as villagers in the surrounding Kailali region are also looking forward to beginning the TCD process.

Help more women and girls in Nepal have safe access to water for their families by donating toward water projects like that in BT Village!

*For purposes of security and well-being, “BT Village” is a pseudonym of the village being helped by this project.