Here is a recap provided by our partner, Global Hope Network International, of all the projects around the world . 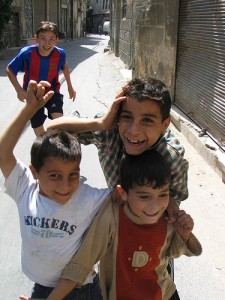 AFGHANISTAN
In spite of on-going violence, GHNI’s work goes on
Violence seems to continue in ups and downs. Poverty and pain continue.  Therefore, GHNI has decided to continue working in Afghanistan with a new director due to arrive in October.  The small team will be seeking to review the needs and progress of the Sherdosh Village Cluster, Yawkalang.

BURKINA FASO
Awareness Night attended by Ambassador
Martins Atanda and Richard Holt report a great Burkina Faso Awareness Night in Geneva.  The Ambassador to Geneva attended with his lovely wife.  Over 60 people came to support the work and report that GHNI’s work is helping amongst the poorest of the poor in villages.

CHINA
A broken hip doesn’t stop our work
GHNI director fell and broke his hip in a rural area, but is recovering nicely.  Efforts are being made to support the education of poor women in our Hillside Village TCD project to lessen chances of being recruited for prostitution or of being trafficked.

EGYPT GARBAGE VILLAGE
Village of Al Ameer is helped
GHNI and partnership work continues in spite of dangerous demonstrations.  New partners have joined us to help with another village, Al Ameer!  Thank you!

ETHIOPIA
Women’s groups are working together for transformation
Report from Zerihun, our Director:
In this area we have two women’s groups.  Each has 15 members.  Also 3 men’s groups.  In total, we have 34 members working on different activities to support themselves. The Mudiyambo and Tuka village group produce 12,780 different fruit seeds that they sell to the rest of the community.  They plant the remaining seeds in the prepared fields.

GENEVA, International Headquarters GHNI
Geneva Institute for Leadership and Public Policy
After a successful 2012 conference, follow-up is fully underway and going on in over 12 countries. Nominations are now being sought for the June 2013 conference:   Sustainable Development in Critical Times like These.

INDIA
Parliament Leaders conduct Geneva Institute Day in Hyderbad
Over 2,000 lawmakers, government administrators and community leaders came from all over Andra Pradesh to the day-long even hosted by Parliamentarian Jupudi Rao and his colleagues.  Messages on the power of good and courageous leadership in guiding transformation were greeted with cheers.  Leadership and attendees made commitments to move ahead to a state without corruption.  They are also committed to helping the poorest of the poor with Sustainable Development.

INDONESIA
Slum families are being transformed
Here is one story:
Daeng Roswita is a mother of three and a stay at home Mom living in the slums of Camba Berua. One year ago, she joined the TCD Program, eager to get involved and to help her family and her village transform. Last week Daeng Roswita told our team, “Before this TCD program began, I was an incredibly shy person with no self-confidence. I didn’t believe I could do anything. After being a part of the TCD sewing program for the past year, I now have enough confidence to get a job and help my family!” Daeng Roswita now is working full time and providing a second income for her family. In Daeng Rosita’s own words, “It’s all because of the TCD program!”

JORDAN
House of Ruth makes its debut on the Moab plains
House of Ruth is a place for community development that helps to train poor women and families in Jordan.

Director Jamal Hashweh reports:
In mid-August we had about 300 children who came to the House of Ruth to receive backpacks for the new school year which started a few days ago.
Some of the leaders of the village came to us and shared their appreciation for the place and pledged their assistance to help in running the community center in the future.

KENYA
TCD Village recovering from an awful attack
This report came in from Jeff Power, Field Leader, Kenya:
I just recently returned from central Kenya, where tribal conflicts the last 9 months have made our work with villages very difficult.Our village of Shambani was hit the worst. They were brutally attacked, almost every house in the village was burned.  Five people were killed.

I spent the day walking around the village.  It looked exactly like a war zone. Everyone is living in emergency tents. Mothers and fathers reached out their hands to me, asking if we could help. And of course we can.Now that government and tribal leaders have painstakingly negotiated peace, I gave my word that friends of GHNI, and our staff, would indeed help Shambani.  We’ll start with helping them rebuild their homes.

LEBANON
Many families were helped in Lebanon
Our GHNI Field Director (Jeff) and our in-country staff (Michel) were the first to visit the refugee camps in the region & do an assessment.  Although GHNI could only initially commit to 50 families, our initiative encouraged other like-minded organizations to participate in the relief effort.  To date more than 600 families have been helped through a partnership with a local church.

MOROCCO
Our partnership is growing with a local association helping fund women’s education
Women in Bir Sfan are taking a literacy class with an experienced female trainer.  Five girls are also engaged with the same trainer in a program specific for the young people who left school early.  We have an agreement with the association of El Hajeb which started the course:  they pay the trainer (resource from the National Education Administration), and we finance the transportation of the trainer to the village.  Two lessons per week were given this quarter, apart from the school holidays and training sessions for the teacher.

MYANMAR
Multiplication is beginning to take place for TCD
Thar Yar Kung is a model village as GHNI looks to replicate its success elsewhere in Myanmar.  In July, a GHNI team will be returning in order to help develop the capacity of our local staff and partners to effectively engage with the hidden and hurting peoples of Myanmar.

NIGERIA
Living water for a dying village
Dogon Gada, our first TCD village has lost over 25% of its population due to lack of water.  The village partnered with GHNI, organized its own water sources and, along with our partnership, finished a well!  The rejoicing was fantastic. Wellness lessons were also taught before, during, and after the well placement.

SOMALIA
The tragedy continues as we continue to help one person at a time
Report from our Partnership Manager:
The woman’s little boy is her grandson.  His mother had died.  His father left one day looking for food and never came back. “I am very sad about my son. I do not know where to go or how to find him.  I came here and I do not have a house or food. If I finish this food [that she just received] I do not know where to go. So please, help me more.”

SRI LANKA
Short term humanitarian visit propels new village into TCD
Led by Jeff Power and our National Leader, Celeste, a business from Hawaii sent a team to Sri Lanka where we have been hoping to launch a new TCD effort. The villagers were so excited to partner and take their future into their own hands!  We provided the training material.

SYRIAN REFUGEE PROGRAM
The real news, upfront and personal
One young boy had been in a soccer club in Homs, Syria. The government forces came and gunned down his entire soccer team, and he alone escaped death.

Americans meet Syrians with love in the Jordanian desert
An account from GHNI Board Members Scott and Vicki Gillis:
We can’t comprehend the pain this family is experiencing but we care deeply for their broken hearts.  We have heard from some of the families that we visit.  They say that just to talk to people who genuinely care about their horrendous experiences has been so comforting.  We are humbled to have had this experience.

TURKEY
Many now begin to see
Through our partnership work with another organization, our own Dr K and a small team of foreign doctors was able to complete 1,000 eye screens and passed out donated glasses to those in need.