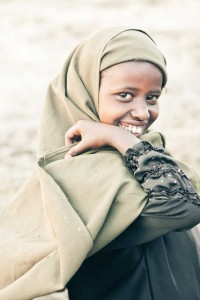 In almost all the countries in which GHNI is active, malaria is a significant threat to health and a major killer of young children.  Some reduction in malaria cases and deaths has been achieved by preventive measures, especially by the use of long life impregnated bed nets.   When it comes to treatment, there is a problem.  The malaria parasite has developed resistance to many of the traditional drugs, such as chloroquine, and resistance has emerged as a problem even in the new artemesinin based drugs.  This is the background to a controversial project designed to make the new, but expensive, quality assured artemesinin combination therapy (ACT) drugs more available and more affordable through private sector outlets.

The basic thesis is that many people in developing countries resort to the private sector for medical care.  It has been estimated that between 40-90% of people seeking treatment for malaria use the private sector, varying from country to country.  It is claimed that making the new drugs more available and cheaper would have two benefits: it would result in more people benefitting from effective treatment as they chose ACT drugs over traditional but less effective drugs, and it would delay the spread of resistance to artemesinin based drugs by substituting the combined form which is less susceptible to development of resistance to the monotherapy formulation and other older drugs.

The project was developed by the Global Fund to fight AIDS, Tuberculosis and Malaria (GFATM).  In 2009, it created the Affordable Medicines Facility for malaria, with the acronym AMFm.  The goal was to improve access to ACT drugs.  The means chosen was threefold: to negotiate lower prices with manufacturers; to subsidise the cost to buyers at the top of the supply chain; and undertake supporting measures in countries such as carrying out mass media campaigns to promote ACT drugs and to train providers in their use.  The countries involved in the pilot phase of the project were Cambodia, Ghana, Kenya*, Madagascar, Niger*, Nigeria*, Tanzania and Uganda.  (* GHNI project countries).

An independent evaluation report on the pilot phase was published in October 2012.  The report was largely favourable to the project.  It showed that in most countries the target outcomes had been met, in that ACT drugs were more frequently available, the price of ACT drugs at the retail level was reduced, the market share of ACT drugs had increased, and the monotherapy form of artemesinin was less frequently used.

This favourable view of the project was not universal.  In particular, Oxfam produced a highly critical report, arguing that the treatment benefits were uncertain, and that far from delaying the development of resistance, the overuse of ACT drugs could actually accelerate it.  Furthermore, the project could not claim credit for the reduction in use of artemesinin monotherapy, because that had already been largely accomplished by actions of the World Health Organization (WHO) in recommending countries to ban its sale and persuading manufacturers not to produce it.   Oxfam argued that increased sales of ACT drugs did not equate to effective treatment because in the private sector the diagnosis of malaria was rarely supported by reliable testing procedures as recommended by WHO.  It was likely that basing treatment on a presumption that fever was caused by malaria would result in overuse of ACT and neglect of effective treatment for fevers caused by other conditions such as pneumonia.

These criticisms by Oxfam were dismissed by supporters of AMFm as “ideological” because Oxfam’s preferred alternative was promotion of treatment by community based health workers supported by the public sector.  It argued that this model had proved effective in Ethiopia* and Zambia, and the focus on the private sector was misplaced because it was driven by considerations of profit rather than public health.  It noted that most of the orders placed for purchase of the subsidised ACT drugs were for the adult form: “ACT drugs were being ordered primarily—not for the children who needed them—but for the adults who could afford them”.

Of course, it can be argued that the supporters of AMFm are equally “ideological” in favouring the private sector despite its acknowledged limitations in reaching the poorest in society or observing public health procedures.  Yet the fact remains that in many of the poorest countries, public provision of health care is so deficient that the population have little choice but to access private services.  In these countries, a major expansion and improvement in public services is improbable in the short and medium term.  Using the private commercial sector in the creative way that AMFm does can be regarded as making the best of a bad job—not the ideal solution, but a constructive response to current realities.