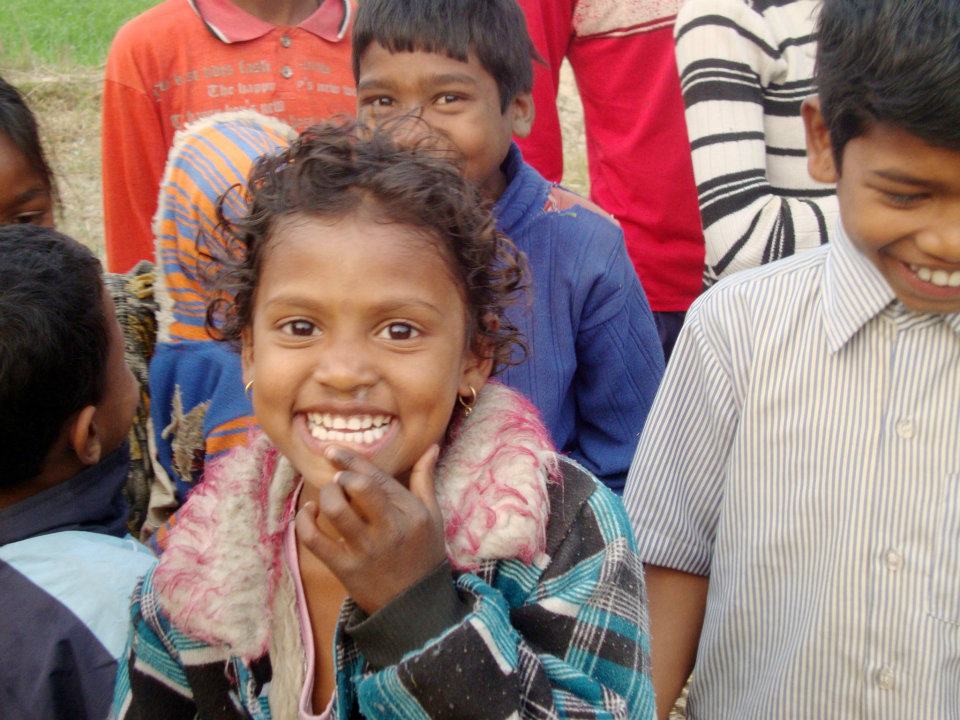 The food security situation has much improved thanks to good harvests this year, but pockets of food insecurity are predicted among poor households who lost livestock last year in northern Badakhshan and the Wakhan Corridor.  GHNI is now expanding its mushroom project, working with widows to yield income by providing more mushroom spores as a small business opportunity.

The Relief website is carrying a story of a young man of 35 who is a resident in northern Burkina Faso, Ahmid Ag Rali.  He gave up his regular job with a foreign mining company and applied to work with UNHCR to care for the stream of Malian refugees fleeing the conflict in that country.  He opened a camp which houses 6,000 refugees.  He was struck by the high proportion of children among the refugees arriving at his village and moved by their common ethnic identity (Ahmid is himself a Toureg, raised inBurkina Faso).  He provides a welcome, as well as food and shelter in keeping with Toureg traditions of hospitality.  It is estimated that 35,000 Malians have fled toBurkina Faso.  The irony is that the refugees are seeking help from one of the poorest countries in the world, where the residents have insufficient food and water for their own needs.   GHNI has been partnering with poor villagers on health assessments for their children.  We hope to expand opportunities to the Toureg’s who are in dire need.  Funding is not yet available.

Attention has recently been focused on tensions between Buddhists and Muslims in Rakhine Province which have led to at least 82 deaths and more than 20,000 of the Rohingya people being forced from their homes.  There is continued fighting between government troops and the Kachin Independence Army.  Thankfully, reports from the southeast of the country indicate a declining level of conflict affecting Karen, Karreni, Shan and Mons communities.  Whereas, in previous years, the numbers of people forced from their homes averaged 75,000 per year, in the last year that number has fallen to around 10,000.  GHNI is presently working with several minority groups in their villages with our Transformational Community Development (TCD) projects and two learning institutions have adopted our training program for their students who will work in villages.  A key component of this effort is reconciliation between groups as a necessary component of village development.

The magnitude 8.0 earthquake which hit Sichuan Province in 2008 was a major disaster at the time, with upwards of 200,000 people being directly affected, but it focused attention on the needs of the area.  The American Red Cross subsequently carried out a project to bring piped water to 19 villages, 11 clinics and 4 schools, reaching 13,650 people in difficult mountainous terrain where, previously, families had typically spent up to two hours per day collecting water.  The project included an educational component to improve personal and home hygiene. GHNI has been involved there since the first day and we still have many volunteers working in the national partnership to help with village re-development.

Somali refugees continue to pour into neighbouring countries, although at a slower rate than in 2011.   Between January and September this year, more than 25,000 arrived at the complex of refugee camps around Dollo Ado, taking its total population over 170,000, the second largest refugee complex in the world, prompting the Ethiopian government to authorise a sixth camp some 54km north of Dollo Ado town.   The estimated cost of this camp including medical, educational and warehousing facilities will be US $5 million, of which $1.5 million is required immediately for site preparation, land demarcation and basic infrastructure.  The Ethiopian government is now allowing GHNI to expand our work amongst the Somali population of East Ethiopia.  We are focused on the poorest villages.

TCD CATCHING ON IN SULAWESI

When Mt. Merapi erupted in 2010, it spewed out 77 million cubic meters of rock, much of which accumulated around the summit of this dangerous volcano which is surrounded by a dense rural population.  The growing rural poor population is a target of GHNI in Indonesia, especially in Sulawesi. We have been invited by many villages to start TCD there.

A school in eastern Amman provides for refugees not only from Syria but other troubled spots throughout the region.  Ashrafiyeh is a Greek Catholic School which operates as a regular public school in the mornings.  In the afternoons and evenings it accommodates the Jesuit Refugee Service, which provides courses in English language and conversation, and computer studies taught by 30 volunteers, some of whom are refugees themselves.  In the afternoons the students are mostly Syrians, Iraqis and Jordanians.  In the evening, they are mostly Sudanese and Somalis, working during the day at informal sector jobs no-one else would wish to do.   An atmosphere of mutual tolerance and respect is fostered, and the teachers are encouraged to socialise with the students.  GHNI has passed out thousands of boxes of food for refugee families there and now is seeking more aid for the massive influx of refugees fromSyria.

A fledgling project to build a huge new port, oil refinery and transport hub at Lamu onKenya’s northern coastline promises to deliver thousands of jobs and is a pillar of the government’s long term development agenda.  But critics fear displacement of population without adequate compensation and destruction of the mangrove forests which nurture the artisanal fishing industry on which 70% of Lamu’s population depend. Populations in the Isiolo area are also being displaced and GHNI is seeking to stabilize local villages there with community development partnerships with the villages and other NGO’s (non-governmental organizations).

The number of registered Syrian refugees in Lebanon at the end of October was 74,720 with another 29,948 awaiting registration, for a total of 104,668 people, mostly in the north and in the BekaaValley. GHNI is positioning to expand our relief work from Jordan to Lebanon soon.

There is continuing concern about unsecured weapons in the wake of the fall of the Gaddafi regime.  It is reported that many have been exported to conflict centres in the region, including Boko Haram and Al Qaeda in the Islamic Maghreb.  Within Libya, despite efforts by the government to disarm militias or incorporate them in the national army, there persist a number of heavily armed militias, some aligned to the government, some pursuing their own agendas, which pose a threat to civilians, foreigners and the authority of the national government.  Despite problems with security, GHNI conducted several humanitarian outreaches there this summer.

The persistence of child marriage, despite a legal age of marriage at 20 years for both sexes, poses a threat toNepal’s attainment of MDG 2 (universal primary education), MDG 3 (gender equity), MDG 4 (infant mortality) and MDG 5 (maternal mortality) by taking girls out of school and subjecting them to early childbearing.  There is a long tradition of early marriage inNepal, with 61% of currently adult females married before the age of 18.  Many rural families marry off their girls as early as 11-13 because the older a girl becomes, the greater the dowry demanded.  Legal enforcement is difficult because it means prosecuting the parents when their “crime” has economic roots.  Although the earlier practice of sending child brides to their husband’s home is largely discontinued, as most stay with their mothers until they are 16, after marriage their lives change drastically and they rarely return to school. GHNI is sending an assessment team there in late November to seek village opportunities for a pilot project to educate young women and their families as to the dangers of human trafficking.

Since July, at least 1.4 million people have been displaced, 550,000 houses damaged, more than 431 fatalities have occurred and many more are missing in devastating floods affecting 30 of the 36 states in Nigeria.  Torrential rains have caused the loss of houses, crops, livestock and property, as well as causing major damage to roads, bridges and other infrastructure.  By mid October there were 36 camps established for internally displaced persons in the most affected area of the north-central region.  Conditions in the camps were reported to be dire with shortages of food and clean drinking water.  As a consequence of damage to the agricultural economy, food price inflation has taken off. GHNI has launched TCD in the village of Dogon Gada and surrounding villages to help with the water crisis and improve food growing for each village family.

More than three years after the end of fighting, 470,000 internally displaced people have returned home.  But at the end of September 2012, 115,000 remain in camps with host communities or in transit sites or have been relocated, often against their will, to areas other than their places of origin.   Among those registered as having returned, many continue to face difficulties in accessing basic necessities such as shelter, food, water and sanitation, in rebuilding their livelihoods and exercising their civil rights.  GHNI has launched two villages for Transformational Community Development (TCD) and one is in a mixed village, thus helping with reconciliation and unity to go forward.

The UN estimates that at least three million people are badly affected by the current conflict.  At least 1.2 million have taken shelter in public buildings, in parks, or with hosts.  At least 350,000 refugees have already left Syria, though this may be an underestimate as many do not register to avoid reprisals against remaining family members.  Thousands are still leaving Syria every day, three quarters of them women and children, and the UN estimates the total may reach 710,000 by year end.  Despite the conflict, the UN system has supplied food and medical supplies.  The UN calls on all parties to the conflict to avoid targeting civilian areas.  GHNI is providing relief in Jordan and Lebanon and has just formulated a partnership called the Syrian Relief Committee in Switzerland to help meet the present relief and future re-development needs for this country.

October 15 was Global Hand Washing Day.  In Tajikistan, UNICEF collaborated with the Ministry of Education in a campaign with the slogan “Clean hands save lives.”   Diarrhea accounts for 23.3% of deaths in the population of children under five in Tajikistan, second only to respiratory infections.  It has been shown that simple hand washing with soap can reduce diarrhea in children under five by almost 50% and respiratory infections by nearly 25%.   “Although people around the world wash their hands with water, very few  wash with soap at critical moments such as after using the toilet, cleaning a child or before handling food.”  GHNI is hoping to launch Community Health Education lessons as part of their TCD efforts in Tajikstan next year.  GHNI launched a self sustainable micro loan animal loan program last year.